Matchday 4 of the Follies Trophy ran alongside this year’s President’s Cup and attracted a bumper turnout of 18 Follies at Elton Furze.

Today saw the welcome return of Sean Melia – a mere 29 years since he last appeared back in September 1993. Apparently he’s been busy !

Roy Fletcher, having left his bottle of water still cooling at home in his fridge, purchased a bottle at the bar and carefully put it in his cooler bag with his banana. Disaster struck somewhere on the first 9 when cooler bag & contents went AWOL. He did get his bag back from the pro shop at the end of the round – it having been handed in – but it was empty.

A disturbing sight greeted the opening group on the 13th but we knew there was no-one ahead of us and no Follie would ever behave in such a fashion. 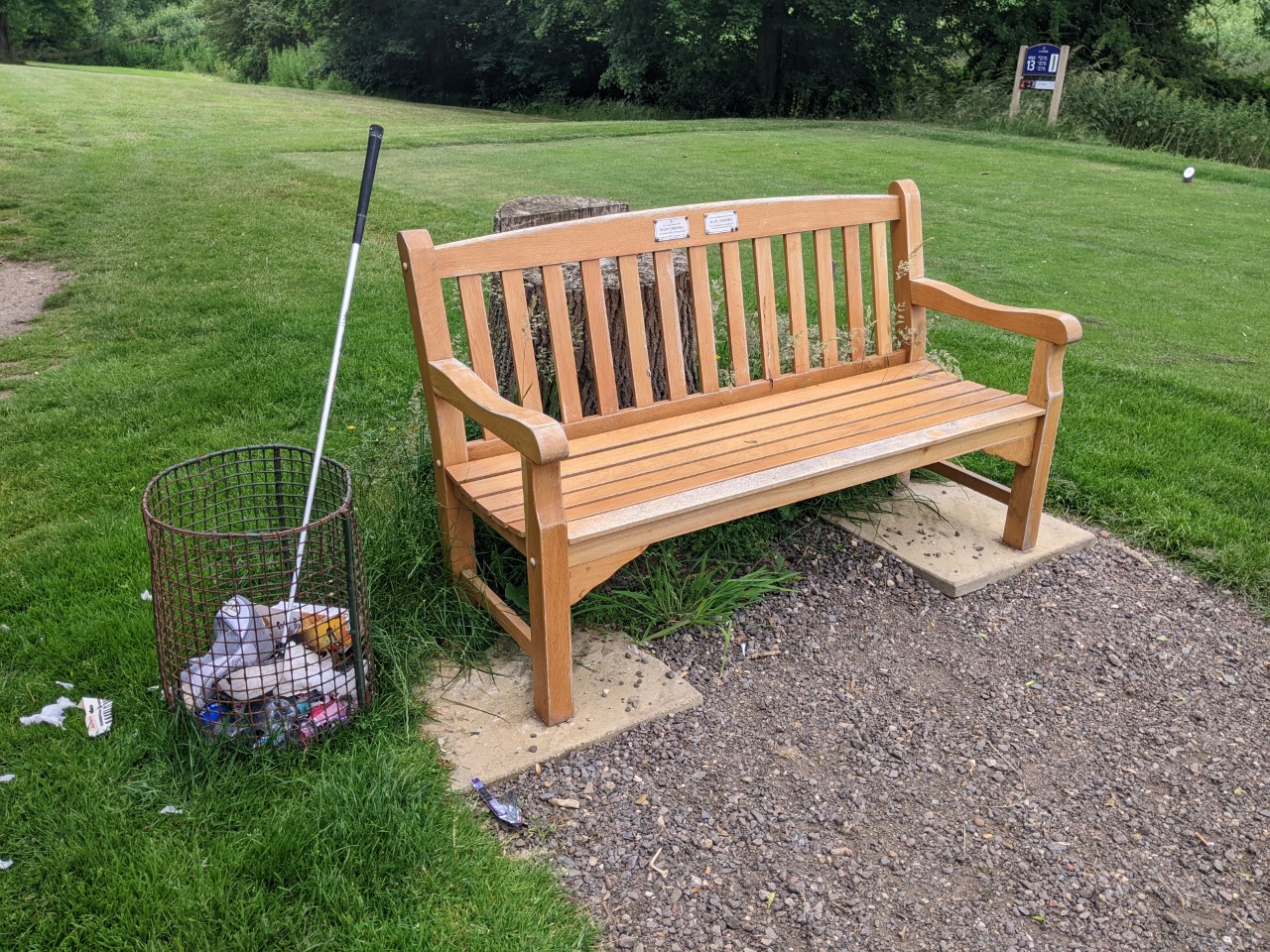 There was only one disqualification in the President’s Cup when Colin Keal picked up on the 6th – I’m told most seasons half a dozen or so typically pick up. Maybe most of us are learning…

David Oliver walked the back 9 with the final group as he is recovering from a back injury. Gabe confessed afterwards that he had found David’s course knowledge very useful and made good use of his advice. 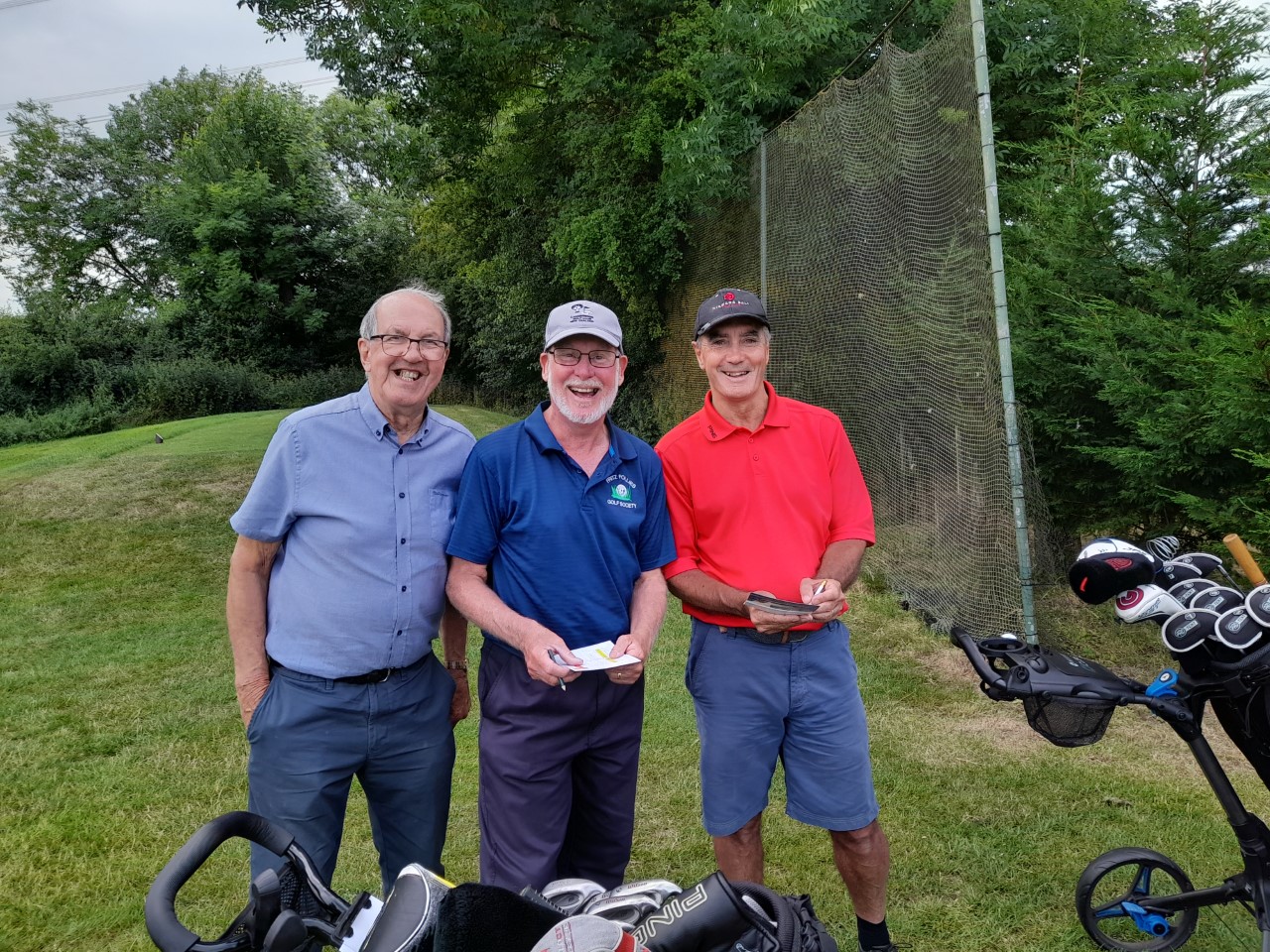 Chris Munro also appeared at the final hole to oversee his special prize to the winner of the Net aggregate of all the Par 3s and witnessed Trevor checking Jon’s card and revising upwards the total on both the front and back halves.

Jim Daley quite rightly was very pleased with his excellent birdie on the 13th.

However, 10 minutes after playing the 18th, a dispute between Graham & Jim was still in progress regarding score card issues. Thankfully David was on hand to resolve things amicably.

One of my least favourite golfing things reappeared early on – the air shot. Surely, we won’t see that ever again… There was no sign of my favourite – Nearest The Pin in 2 on 16th. Maybe next year someone will sponsor such a thing…

Next up is Matchday 5 on Friday 22nd July at Ramsey Golf Club.

Posted on June 26, 2022, in Uncategorized. Bookmark the permalink. Leave a comment.